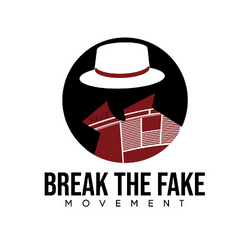 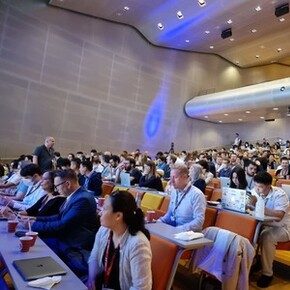 The Global Fact-9 Conference, the world’s largest and deemed as one of the most impactful fact-checking summit, returned this year in a hybrid setting at the Oslo Metropolitan University in Oslo, Norway last June 22-25, 2022. Break the Fake Movement, a local movement which aims to hone responsible digital citizens by developing critical thinking skills and a more discerning media consumerism practice, participated in the summit, through its representative, Gabriel Billones Jr. By participating and engaging in the Global Fact-9 Conference, Break The Fake Movement manifests its earnestness in achieving its advocacy of fighting fake news and widespread disinformation.

The Global Fact – 9 Conference is the world’s largest conference on the fight against media disinformation. This event is where many journalists, fact-checkers, and policymakers gather together for a four-day program in which they engage in critical conversations concerning facts, fact-checking and the role the media plays in spreading information and creating deeper discussions, particularly on the pressing issues that the world faces today.

This year’s event was hosted by Poynter’s International Fact-Checking Network (IFCN). This year’s summit featured prolific journalists and media professionals such as Craig Silverman of Propublica, Anne Applebaum of The Atlantic, Peter Mcindoe of the “Birds Aren’t Real” movement (a Gen Z creator of satirical literature), and so many more.

This year’s summit featured several tracks which have been designed to be approachable to journalists, fact-checkers, policymakers, leaders, educators, and citizens who want to stand for truth and transparency and desire to be advocates in the fight against media disinformation. These tracks served as the avenues which represented the different approaches on how information spreads throughout media. From the Editorial Track, which served as the flagship track of the conference, to the Executive Track, where mentoring and training sessions on honing fact-checking skills were demonstrated and exercised, to the Media Literacy Track, which intended to bridge the gap between media information and fake news. Through these tracks, attendees can build an arsenal of knowledge and skills on how they can tackle media disinformation and fake news in their respective fronts as well as arm them with more effective strategies for fact-checking and reporting.

Global Fact-9 plays a significant role in the development of media literacy in the Philippines. Because of this year’s summit’s hybrid format, journalists from all over the world, whether in-person in Norway or through their virtual participation online, were able to attend and participate in the conference.

Through the substantial insights of the speakers, Filipino journalists, fact-checkers, and policymakers were able to gain and enrich further their knowledge and skills when it comes to effectively cascading information through the means of social media and how to fight the virulent spread of disinformation on digital platforms.

Through this conference, Break the Fake Movement signifies its commitment in bridging the gap that divides our fellowmen by creating stronger tools and systems for fact-checking news and other contentious content seen on the internet in the future.